The App That’s Not Just For Gamers


If you enjoyed a few games of Among Us during the pandemic, chances are you downloaded Discord as well, sharing your theories and coordinating your in-game movements over voice chat.

The growth of gaming in the last two years has boosted Discord, increasing its user count by 13% in the last year – the 3rd biggest social app growth for 2021. And at the end of 2020, it raised $100 million at a $7 billion valuation, putting it on par with Reddit.

However, as Discord is such a closed platform (most of the time you need an invitation to join a server), there’s not a lot of research out there. This has led marketers to wonder why and how they might use it to reach their consumers. But our data has allowed us to dig deeper on Discord users, and shine a light on who they are and how brands can engage with them.

For starters, what is Discord and why do people use it?

A closer look at the platform

Discord is a chat app, similar to Skype or Slack, but it was initially geared toward, and became popular among, gamers. The platform provides gamers with ways to find each other, coordinate, and chat – either through video, voice chat, or text.

Discord members can join different “servers”; these are the spaces on the platform made by different communities or groups.

They’re focused on different topics, so there may be private servers which users can join with friends, or public servers that might focus on a specific game or topic.

Brands typically get involved by creating their own servers, or partnering with a pre-existing one. And they can also leverage Discord’s strength at bringing people together for live events

While most discussions on Discord are related to gaming, there’s a variety of other topics on there, whether it’s self-improvement, cat memes, or just meeting new people and making friends.

Although the platform started out as an app for gamers, there’s a big opportunity here for non-gaming brands to enter the space and reap the benefits.

Shining a light on Discord users

Discord users are most likely to be Gen Z males. They’re relatively evenly distributed around the world, but the app is most popular in Latin and North America.

Bearing this in mind, any events or content posted on Discord should appeal to a Gen Z audience. Our recent research on this generation discovered how light-hearted and humorous content is likely to be a winner.

Gen Z are also keen for brands to be young and trendy, and while being on Discord might give brands a certain kudos, they should be aware of what makes the platform unique.

Taking a closer look at Discord users’ interests, the most distinctive ones center around gaming and technology, but they’re also drawn toward the arts, sports, and science.

Something also unique to users is that they’re an adventurous group, driven to challenge themselves, and take risks.

So a diverse range of brands have opportunities to reach this audience using the platform, and to truly resonate brands should empower the people they’re speaking to.

Discord doesn’t run ads, instead making its money through a subscription tier.

Marketers can still get involved, but it’s not the place for anonymous, mass-market messaging.

Not to mention Discord users are actually quite ad-averse, with around a quarter saying they avoid all types of advertising.

They’re far more likely to say they mainly use social media to see content from their favorite brands, but also to have unfollowed a brand in the last month. So, they’re very open to brand interactions, but want them to be relevant and engaging.

Marketing on Discord is all about engaging and collaborating with your biggest brand advocates – whether it’s hosting live events, producing support, running your own server or getting involved with a pre-existing one.

The power of closed online spaces

Discord users are also all about community – they’re more likely to buy products to access the community around them, and seek expert opinions before buying expensive products.

Their community focus has led users to want brands to run customer forums, while also feeling that contributing to their own community is important.

Businesses like All Saints, Chipotle, and TikTok have all harnessed the power of Discord to reach some of their consumers. A huge advantage for brands who use the platform is that it provides them with a way to engage with communities in a direct and personal way, which can be more difficult to do on platforms which are algorithm-centered, like Instagram. It’s a good way to reach a large number in just one post.

Adobe is a useful case study. At first glance it doesn’t seem to fit the template of what you might expect from a young audience with a deep interest in gaming. But the company has found a way to use the platform that resonates with their target audience without feeling like advertising.

Adobe has servers dedicated to individual products (like Illustrator and Photoshop), which help users get quick answers to their queries. But it also has one called “Adobe Creative Career” that helps connect budding designers with experienced professionals.

Adobe understands its audience demographic (young, lots of students, interested in technology and the arts), and empowers them to pursue future opportunities. In bringing people together to share their experiences, they create a thriving culture in their communities. All those qualities can help build a winning Discord strategy.

Discord can also be used as a virtual event space, given that Discord users are 43% more likely to say they use social media to watch livestreams.

For example, Chipotle recently hosted a virtual job fair that received over 23,000 applications in one week, while All Saints hosted a Q&A with their design director of menswear.

Something for brands to consider when using Discord is that servers can attract spam due to its “always on” nature. TikTok made steps to try and discourage spam on their server by only allowing people to send a message every 30 seconds. However, users found a way around this and started to use threads instead which didn’t have the 30 second limit. Moderators then removed the ability to make threads.

Brands would, therefore, be wise to nominate moderators who can constantly review what gets posted to message boards and ensure spam is not spread. It might also be smart to include a “rules” page to set the tone of the server early on.

While rewarding, communities are tough to create and even harder to maintain. Moderation is an important thing to get right, to ensure bad actors don’t harm the culture at the heart of them.

What you need to know before heading to the servers

All in all, here are our key need-to-knows for brands looking to embrace the Discord space: 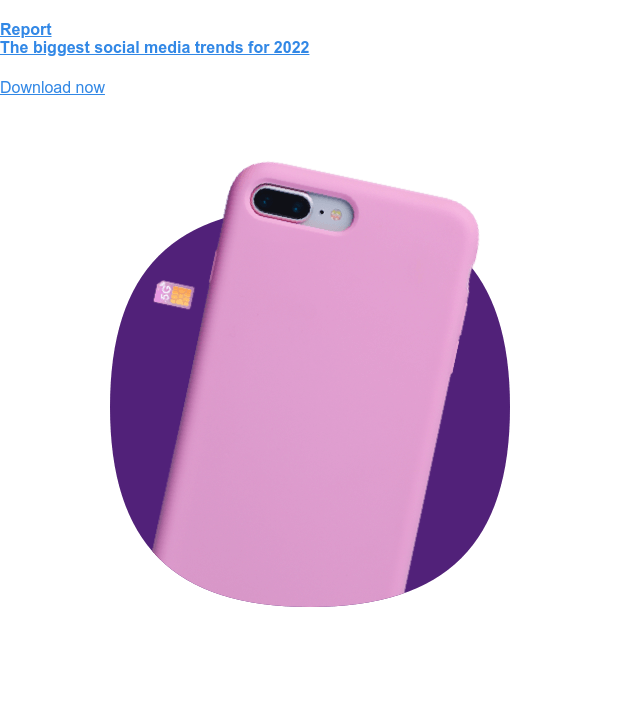 A/B Testing: Everything That Glitters Is Not Gold

The B2C Martech Stack Gets An Update

What Is Lead Generation in SEO?

How to Get More Clicks on Your Pinterest Pins